We left Spain on December 31, 2010. Our first plane from Madrid to Santiago de Chile had its lift-off at 23:55h. Yes, shortly before the New Year started!  The most economic option to fly to South America!

This is my first time in Antarctica. Up to now, I have been working at the State Museum of Natural Sciences of Córdoba in Argentina for four years.

At the beginning of the new year we finally started the sediment sampling within our geochemical project.

We are on Jubany Station for one and a half weeks now, Christmas is over and so far we had a lot of successful sampling of water from melt water streams and of Potter Cove.

At Jubany at last

Finally, after what had seemed half an eternity, we left Marambio. The Chilean Twin took us to Frei, the Chilean Antarctic Base. The flight was really nice and short. The view from the plane was spectacular; we could see amazing icebergs, colors and shapes from the air.

We lost our friend and colleague Alejandro Carlini who died the day before yesterday in Buenos Aires. With his intelligence, humour and his great heart he has guided many of us through stormy times and expeditions. We are sad and shocked. 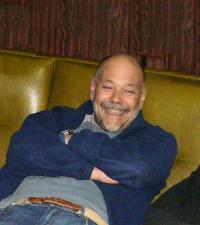 After a couple of days of packing our gear and belongings, and also after a couple of false alarms regarding the departure from Jubany, we made it from cold Antarctica to the summer heat of Buenos Aires.

Into the Cold – Our journey to King George Island – Part 2

After three days of waiting and travelling we arrived at Jubany.

Into the Cold – Our journey to King George Island – Part 1

Buenos Aires. This morning, after travelling 25 hours, we finally reached our first stage on our long journey to Antarctica.

After finishing the sidescan and grab-sampling programs, today, we went out to also finish the seismic work.